Abstract: Magellan radar data reveal distinct patterns in radar emissivity with altitude that are likely to be due to the presence of minerals with a high dielectric constant. Variations in the presence and altitude of these minerals is a function of rock type, atmospheric composition and age, or a combination of these. We mapped all major volcanoes and coronae, tesserae and mountain belts and find that minerals with high dielectric constants are common features at altitudes above 6053 m and also associated with individual geologic units at low altitudes. We propose that some terrains on Venus are compatible with the presence of ferroelectric compounds in their rocks, where varying altitude of the emissivity signatures could be due to different minerals, a subtle variation of the composition or local differences in the atmospheric composition or temperature. The emissivity pattern observed in all terrains within Ishtar Terra and large coronae in eastern Aphrodite Terra are more consistent with the presence of semiconductor minerals. We also find that the emissivity signatures of some volcanic edifices are consistent with relatively recent and less weathered lava flows, and that these occur in regions associated with 4 of the 10 presumably active hotspots – among the most likely sites for recent or current volcanic activity on Venus.

Martha Gilmore is the Seney Professor of Geology in the Department of Earth and Environmental Sciences at Wesleyan University. She is a geologist who specializes in the study of planetary surfaces using geomorphic mapping and VNIR spectroscopy on Venus, Mars and Earth. Dr. Gilmore earned a PhD in Geological Sciences from Brown University and worked as a postdoctoral researcher at the Jet Propulsion Laboratory. She has chaired and served as a team member on numerous NASA committees and missions. 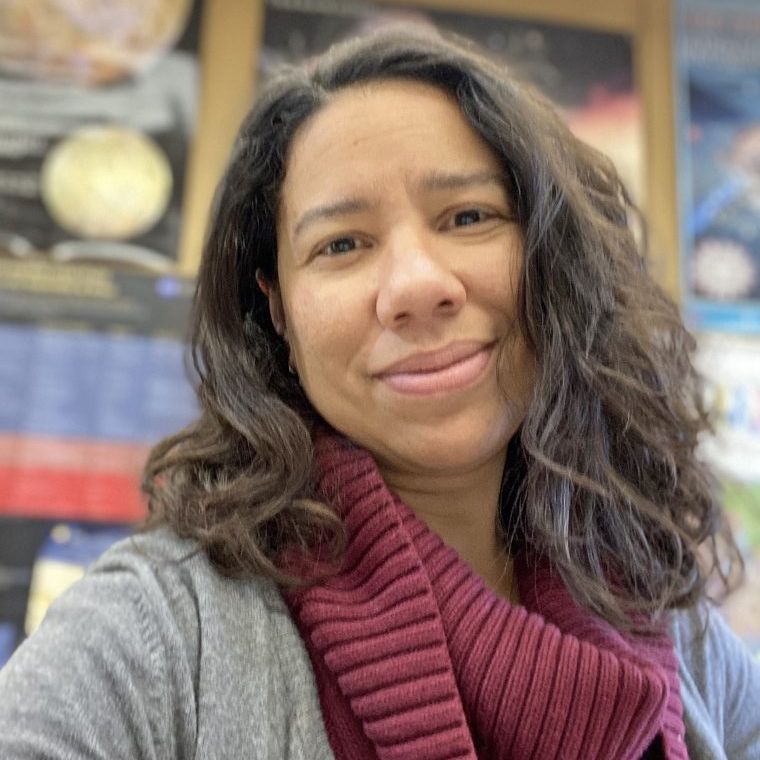