Abstract: Despite a weaker Sun, the climate of the early Earth was apparently largely stable, with rare catastrophic glaciations. I will make a case that elevated rates of reverse weathering—the consumption of alkalinity and release of acidity during clay formation in the ocean—releases a flux of CO2 to the atmosphere that would have sustained significantly elevated baseline pCO2. Although dampened today, more prolific rates of reverse weathering persisted under the pervasively silica-rich conditions that dominated early oceans. As little as a 20-30% increase in marine dissolved silica burial through the reverse weathering sink would have successfully maintained equable and ice-free environments through most of the Precambrian. At the same time, a dynamic negative feedback between marine pH and authigenic clay formation would have prevented large swings in atmospheric CO2 concentrations. The later rise of siliceous organisms would have removed this reverse weathering buffer, destabilizing Earth’s climate, and lowering baseline CO2 levels. The possibility of reverse weathering being a major control on planetary climates increases our estimates of the percentage of exoplanets that are habitable, extends our estimated habitable lifespan of many planets, and can explain enigmatic temperature trends during carbon cycle perturbations in Earth’s history.

Noah Planavsky is Professor in the Department of Earth and Planetary Sciences at Yale University, who studies the connections between the evolution of Earthsystem processes, biological innovation, and ecosystem change—foremost in Earth’s early history. His research integrates field and petrographic work with geochemistry, in particular the use of novel metal isotope systems to tell us about the history of our planet and its biota. He was awarded a Sloan Research Fellowship and Packard Fellowship in 2016, and was a recipient of the Geochemical Society's F.W. Clarke Medal in 2018 (awarded for his work on the history of atmospheric oxygen levels on Earth) and the International Geobiology Society’s Pemberton Award in 2019. 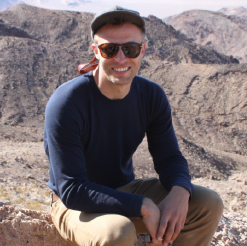