Permeability that Changes over Time

Abstract: Earthquakes can increase permeability in fractured rocks. In the farfield such permeability increases are attributed to seismic waves and can last for months after the initial earthquake. Laboratory studies suggest that unclogging of fractures by the transient flow driven by seismic waves is a viable mechanism. Permeability enhancement by seismic waves could potentially be engineered and the experiments suggest the process will be most effective at a preferred frequency. We have observed similar processes inside active fault zones after major earthquakes. A borehole observatory in the fault that generated the M 9.0 2011 Tohoku earthquake revealed a sequence of temperature pulses during the secondary aftershock sequence of an M 7.3 aftershock. The pulses are attributed to fluid advection by a flow through a zone of transiently increased permeability. Directly after the M 7.3 earthquake, the fault zone was damaged and highly susceptible to further permeability enhancement, but ultimately heals within a month and becomes no longer as sensitive. Longer term healing was seen in the fault zone of the 2008 M 7.9 Wenchuan earthquake. The competition between damage and healing (or clogging and unclogging) results in dynamically controlled permeability, storage and hydraulic diffusivity. Recent measurements of in situ fault zone architecture at the 1-10 meter scale suggest that active fault zones often have hydraulic diffusivities near 10-2 m2/s. This uniformity is true even within the damage zone of the San Andreas fault where permeability and storage increases balance each other to achieve this value of diffusivity over a 400 m wide region. Fault zones may evolve to a preferred diffusivity in a dynamic equilibrium.

Emily Brodsky received her PhD from the California Institute of Technology on the application of fluid dynamics in seismology and volcanology in 2000. Since then, her work has focused on understanding the mechanics that control earthquakes in order to improve their prediction. Using the tools of geophysics and geology, she has been able to glean a maximum of information on faults at all scales, which has allowed her to better understand earthquake triggering, hydrogeology, fault zone structure and friction. For her outstanding contributions in geophysics, Emily has been recognized by the Seismological Society of America with the 2006 Richter Prize, by the American Geophysical Union with the 2008 Macelwane Medal, and by her selection as a Distinguished Lecturer for Earthscope Margins, and the National Science Board. Most recently, she was elected a Fellow of the Geological Society of America and received the 2019 George P Woollard Award. She was also named the 2019 Gutenberg Lecturer by the American Geophysical Union. 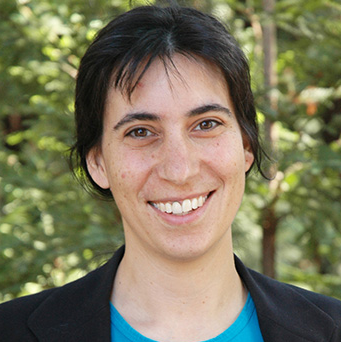