Abstract: The Earth system is a very complex and dynamical one basing on various feedbacks. This makes predictions even of very strong (sometime extreme) events as floods, landslides, earthquakes etc. a challenging task. There are various methods to handle this kind of problem from classic and extreme value statistics via wavelets to complex systems. Here I will introduce a recently developed approach via complex networks. Network approaches have been recently very successfully applied to social systems (opinion formation, spreading of information) and infrastructure (stability of power grids) where the nodes (e.g. people, power generators) as well as their connections are given. Focusing on the Earth surface and the atmosphere, we have - in contrast to the above fields – first to reconstruct a network underlying the corresponding systems from data. This leads to an inverse problem: Is there a backbone-like structure underlying the climate system? I will present several such reconstruction methods and discuss how to avoid typical pitfalls related to these techniques. This approach enables us first to uncover relations to global circulation patterns in oceans and atmosphere at various scales. Next, we reveal the global coupling pattern of extreme-rainfall events by applying the complex-network methodology to high-resolution satellite data and introducing a technique that corrects for multiple-comparison bias in functional networks. We show that extreme-rainfall events in the monsoon systems of south-central Asia, East Asia and Africa are significantly synchronized. Moreover, we uncover concise links between southcentral Asia and the European and North American extratropics, as well as the Southern Hemisphere extratropics. Analysis of the atmospheric conditions that lead to these teleconnections confirms Rossby waves as the physical mechanism underlying these global teleconnection patterns. This concept is then applied to Monsoon data; in particular, we develop a general framework to predict extreme events by combining a non-linear synchronization technique with complex networks. This way we analyze the Indian Summer Monsoon (ISM) and identify two regions of high importance for the onset of ISM. By estimating an underlying critical point, this leads to a substantially improved prediction of the onset of the ISM. Applying this approach to South America Monsoon data, we find a new mechanism of extreme floods in the eastern Central Andes which could be used for operational forecasts. 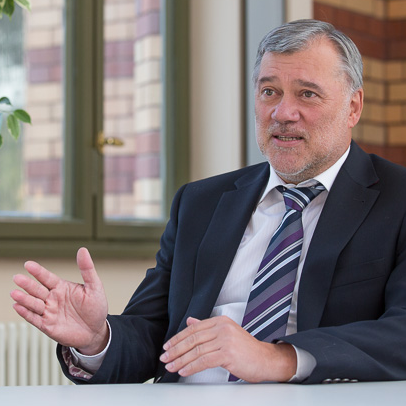