Abstract: Lithospheric breakup of Archaean cratons results from the time-space localization of magmatism, faulting, and basin formation. Cratonic sutures mark the locus of old rifting episodes: along the sutures Archaean cratons, made of thick, buoyant and relatively dry lithosphere, are juxtaposed to younger orogenic belts, made of thinner, more volatile-rich, mantle lithosphere, representing some of Earth’s largest lateral heterogeneities. We use new and existing data from the African continent to examine the role of pre-existing heterogeneities, i.e. lithospheric thickness and composition variations, on the active processes characterizing cratonic breakup. Seismic tomography and magneto-telluric models, crust and mantle xenolith chemistry, and earthquakes, reveal consistent patterns in the style of basin formation and distribution of magmatism. We evaluate models of mantle upwelling beneath a variable thickness lithosphere with spatial variations in the direction and magnitude of seismic anisotropy. Enhanced mantle flow and melt extraction at craton edges may localize strain in thick lithosphere.

Cynthia Ebinger received her PhD in Marine Geology and Geophysics at MIT/WHOI Joint Program in Oceanography. She became Postdoctoral Associate with the NASA Goddard Space Flight Centre, then NATO Postdoctoral Fellow at the University of Leeds, UK, where she later held her first lectureship. She then worked as a reader, and later professor, at Royal Holloway University of London, before holding a professorship at the University of Rochester, NY, and finally becoming Marshall-Heape Chair in Tulane University, LA. Cynthia is also President-Elect of the American Geophysical Union College of Fellow, and she is a member of the US National Academy of Sciences Committee for Solid Earth Geophysics, and of the advisory board for the ICTP-East African Institute for Fundamental Research. 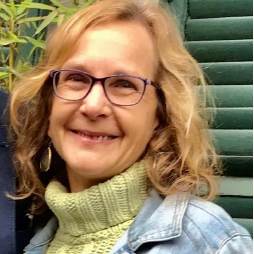