A Reduced Silicate Weathering Feedback from the World’s Largest Rivers?

Abstract: Earth’s climate has stayed within a narrow window throughout the majority of geological time, despite large changes in solar radiation. A climate feedback has prevented a runaway greenhouse like on Venus. The prime candidate for this feedback is considered to be silicate weathering; a concept that summarizes a series of chemical reactions which when combined, result in the removal of CO2 from the atmosphere, dissolution of silicate minerals and burial of calcium carbonate in the oceans. One of the key ways to estimate the silicate weathering flux has been to measure the water chemistry of large rivers that integrate entire continents. In this talk I will re-evaluate how this is done, providing two examples that conspire against CO2 consumption through silicate weathering at local and continental scales. The results provoke a series of questions about the modus operandi of the silicate weathering feedback.

Edward Tipper’s research is focused on the links between the hydrosphere, atmosphere and lithosphere. How do chemical reactions at the Earth's surface mediate the chemistry of the atmosphere and seawater over geological time? How are these reactions influenced by rock composition and how do these reactions influence rock composition? To answer these geological questions, he uses diverse geochemical methods, in particular non-traditional stable isotopes. Edward is currently a lecturer and a fellow of St. John’s College at the University of Cambridge. 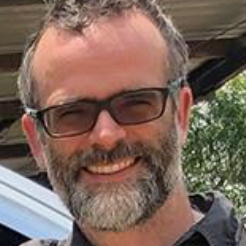