Abstract: Tipping elements in the Earth's climate system are continental-scale subsystems that are characterized by a threshold behavior. These can include biosphere components, cryosphere components and large-scale atmospheric and oceanic circulations. These components can transgress into a qualitatively different state by small external perturbations. The large-scale environmental consequences could impact the livelihoods of millions of people. Here I report on individual tipping elements such as the Antarctic Ice Sheet, reinforcing (positive) feedbacks on global warming mediated by cryospheric tipping elements, interactons between climate tipping elements, and the risk for resulting tipping cascades. I finally present work on the potentials for positive social tipping dynamics that could help to achieve the rapid decarbonization of the world’s social-economic systems needed to stabilize the Earth’s climate.

Jonathan Donges is co-leader of the FutureLab on Earth Resilience in the Anthropocene at the Potsdam Institute for Climate Impact Research (PIK, Germany), group leader of the PIK working group on Whole Earth System Analysis and co-speaker of the COPAN collaboration. He also holds a researcher position at the Stockholm Resilience Centre in Sweden, embedded in the Planetary Boundary Research Network and the Earth League's EarthDoc program. Jonathan holds a PhD in Theoretical Physics from Humboldt University Berlin and publishes on a wide variety of topics. 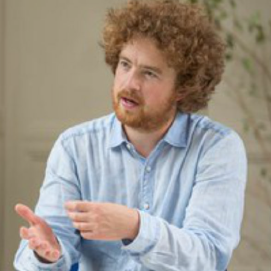