Abstract: Earth is the only planet in our solar system that has continents, which are a byproduct of 4.5 billion years of tectono-magmatic evolution. The continental crust is miniscule by mass (only 0.5 wt% of the bulk silicate Earth), but contains significant amounts (30-90%) of Earth’s total budget of highly incompatible elements, which include the heat-producing elements K, Th, and U. The continental crust, thus, figures prominently in geochemical mass balance in Earth. This talk will review the methods used to determine the continental crust composition and implications of this composition for how the crust formed and evolved. Comparison with other terrestrial planets in our solar system will be used to gain insights into why Earth’s evolution is unique.

Roberta L. Rudnick is a Distinguished Professor in the Department of Earth Science at the University of California, Santa Barbara. Prior to joining the UCSB faculty in 2016 she held Professorial appointments at the University of Maryland and at Harvard University. Dr. Rudnick received her Ph.D. from the Australian National University in 1988, after which she was an Alexander von Humboldt Fellow at the Max-Planck Institute for Chemistry in Mainz, West Germany, and a Research Fellow at the Research School of Earth Sciences at the Australian National University. Her research focuses on the origin and evolution of the continents, including the underlying mantle lithosphere, as well as lithium isotope geochemistry. 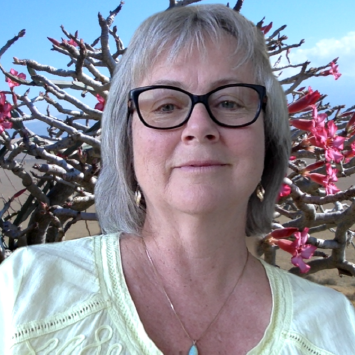